Imagine a world in which your favorite songs would slowly decrease in volume, play after play, each time you would listen to them, before fading away into total silence. Waiting and looking for the perfect moment, you would replay the song in your head countless times before you would decide to pick a moment worthy of the ceremonial ritual of hearing the opening chords. Then imagine the strange mixture of deliciousness and soothing familiarity combined with the tragedy of knowing you have one less “hit” of your favorite reality-altering (legal) drug. Sometimes, being in love with vintage fragrances seems just like this imaginary exercise – a bittersweet remembrance and celebration of the fact that life is temporary and fleeting.

I have a piece of wisdom from a very young version of me, that I keep validating every year, around this time: “Being a grown-up during summer is NO FUN”.  If you take away the endless childhood summer holiday you are just left with just …err…summer. The excessive heat, the humidity, my crowded and polluted city that seems to get even more claustrophobic in summer, the merciless light that makes eyes have a permanent squint and my forehead curl into new frown lines,  the sun that burns colors into overexposed oblivion, they all make me count the days to autumn from the first moment the temperature raises over 30 degrees. But before I start pouting and singing Lana del Ray’s “Summertime sadness” I have my 3 things that make summer bearable: icecream, the seaside, and my “green shield” perfumes.

My version of “Beam me up cool me off, Scotty!” scents are – to name but a few: Kenzo’s Parfum d’Ete, Sisley’s Eau du Campagne, Annick Goutal Eau du Sud, Chanel 19, and Vent Vert by Balmain.

Ô de Lancôme is the “Shields up” panic button that I need to press when summer heat gets too oppressive: and out of the previously mentioned lineup, the most technologically advanced version of the summer – heat- deflector shield is this perfume: the olfactory equivalent of drinking a frosted glass of iced lemonade in front of the AC, blasting at the coolest setting possible.

I have a vintage bottle (with the frosted glass) with just a few milliliters left that I keep in my collection for “emergency summers situations” that helps me navigate -unharmed- the pest that is living in an overcrowded heated city during summer.

The beginning of the scent is an explosive burst of serotonin: exhilarating tart brightness, coming in the slow-motion-running lifeguard trio of lemon, mandarin, and bergamot. After the dive in the cool yellow-lemony effervescent waters, we retreat to the sunny lemon grove nearby, filled with flowers that bloom with cool shade and refreshing tangy aroma: jasmine and honeysuckle. We are served a mana potion infused with life-restoring aromatics: pressed basil leaves, bright and soapy coriander, and minty-fresh rosemary before stepping foot into the next scenery – the dark trademark* forest, filled with oakmoss and the reassuring, familiar green embrace of vetiver. *The name “Lancôme” was inspired by the forest of Lancosme that lies in the Indre valley in the heart of France in the region of La Brenne (source: Wikipedia) so no wonder that one of the best olfactive reinterpretation of forests I have ever found (in mainstream perfumery) were in Lancome’s creations.

I still like the current formulation but compared to the vintage, but it feels a bit like putting on a pair of cheap sunglasses without UV protection that doesn’t give quite enough contrast and depth and you are “walking on sunshine” all the way- including the forest dry-down that is the thinned-out and lacking shade.

Ô de Lancôme was created in 1969 and the nose was Robert Gonnon.

Base Notes: Oakmoss, Sandalwood, and Vetiver 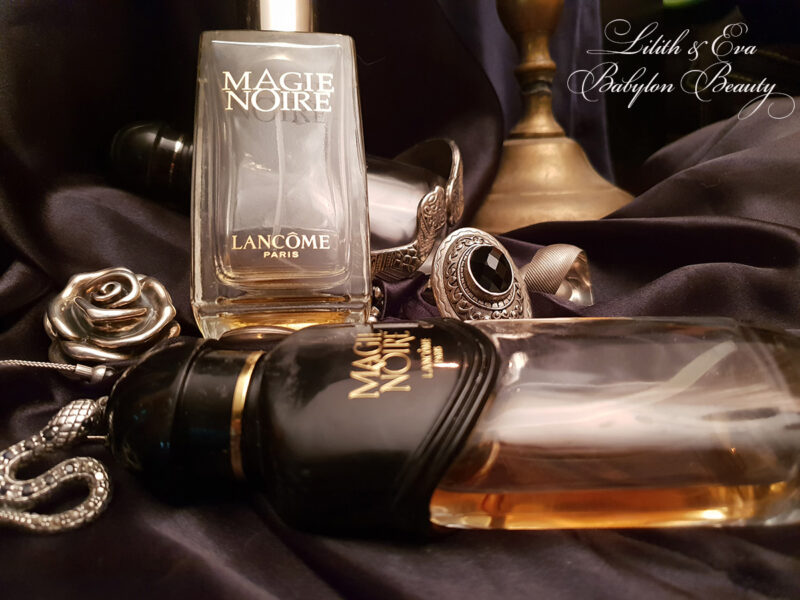