One of the most enduring and universally appealing literary genres, the fairy tales, go back to the childhood of our history, to the preliterate oral societies of the ancient world, acting as magic mirrored reflection of our imagination. The first book that collected them -in the form in which we recognize fairytales today – was written in the 1600s by Italian poet and tale-collector Giambattista Basile, and was called The Pentamerone (“the Tale of Tales, or Entertainment for Little Ones”).

Fast forward 400+ years later, to 2015, to the visually stunning, whimsical, and gloriously demented Matteo Garrone’s movie adaptation of Basile’s 17th-century collection of fairy tales called Tale of Tales  “Il raccontodeiracconti”.If you haven’t watched it yet, I urge you, this cold November to give yourself 90 minutes and briefly escape into an upside-down-reality where Hansel & Gretel, the prince, the Beauty, the beast, the pauper, witches, and ogres mix into a wonderful mishmash of twisted sensuality, humor and the very unsettling aftertaste of the ALMOST familiar.

Dwelling in this uncanny valley of the almost familiar, like a fuzzy dream you try to recall, holding on to a small residual feeling, floating just beneath the surface, Alexandria plays hide-and-seek on my skin. I don’t imply that it’s a shy fragrance, nothing could be further from QUIET or ephemeral, it’s a literal beast and ogre of a fragrance – speaking on a purely technical level. But as perception goes, this fragrance has this quality of being ever-changing, you can almost get a sense of what is about, then it quickly morphs into another scent, leaving you puzzled and wanting one more try and one more puff (said I, sadly looking at my now-empty-vial).

The first frame zooms on a fresh,sharp aromatic blast. A clean-shaved lavender-ed up ogre leaves the barbershop and returns home,whistling. He arrives back in his cave, pours himself a cup of cinnamon tea, and goes about his day, waiting for the princess. Everything is back to ALMOST normal.

New frame: It’s still crisp early morning, the sun dries the rain from the damp forest floor. She awakes, her auburn hair entangled in the roots of the trees and the almost withered bedspread of flowers. “Who am I”, she asks, holding close the red veil that covered her.  She touches her face and remembers, but not QUITE everything.

Next frame: here comes the mighty king of Strongcliff, draped in velvet and lace, royally pouting, all epicurean-lyennui-ed amidst the ball. The silver platters filled to the brim with vanilla custards, the bowls hurting from the weight of the overly riped fruits are suddenly forgotten, as she, the veiled one, enters the room. Her perfume fills the room, making the air dance with every reptilian move of her arms and every sway of her hips. The king, transfixed, forgets to breathe. He could care less if tomorrow morning she will turn into a witch, a dragon or if she will eat his heart out, literally. It’s worth it. ALMOST.

And at the next frame of smell, the tale will change. Alexandria is a real baroque fragrant tale, with rapid movements between its layers, with a Fellinesque sense of realism and hyperbole embedded in its proportions, with lavish nuances and fluid life and presence on your skin. I think I need more of this in my life, ASAP.

Alexandria II by Xerjoff was launched in 2012, as a part of the Oud Collection and the nose is Chris Maurice.

If you like Xerjoff Alexandria II, also try Shunkoin 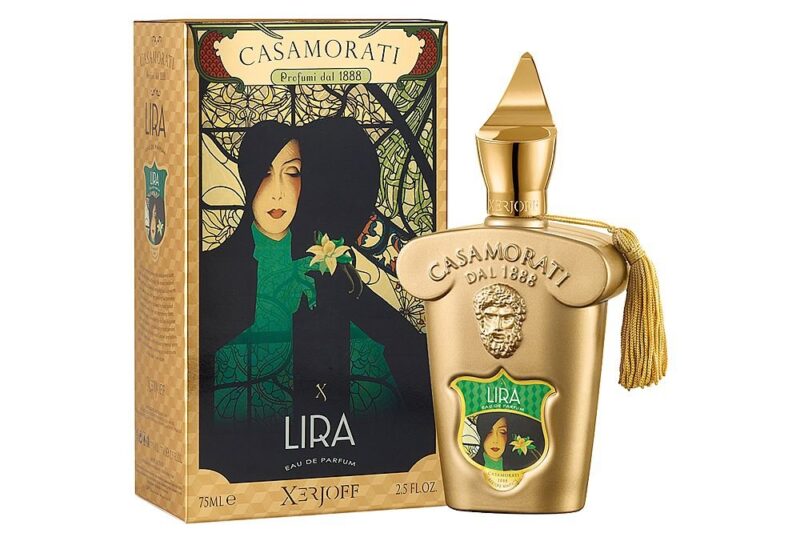